Kubecost is a cost monitoring and management tool for Kubernetes. We help our users track and save on billions of dollars of spend. Kubecost runs anywhere K8s runs; install today!

Late last year, we had an unpredicted experience while on-boarding a gaming company to the Kubecost platform. A principal engineer on their team was investigating latency in a related service and discovered a large amount of network traffic to a country where they had little to no users. Following this suspicious trail, he eventually discovered cryptomining malware in their Kubernetes cluster that was installed after exploiting a docker vulnerability. The infected container had been cleaning its traces for weeks and it was only this network traffic that tipped their team off.

The fallout from this situation inspired our team to get out and talk to our users about how they protect against this risk. We wanted to both share the lessons we learned from this experience and to learn about how other users were monitoring network egress. This issue was important to us because of its impact on both security/privacy as well as cost management. What we learned surprised us. We found that most teams have no insight into their cluster egress and network costs, operating as if they were a black box. Specifically, it was really hard for them to determine what jobs/pods were creating internet egress or cross region traffic.

This feedback inspired the launch of the Kubecost network tracker last month. This lightweight tool helps teams gain visibility into their network egress. It’s already being used to determine the root cause of network cost increases and identify pods that are unwantedly sharing data outside of k8s clusters. 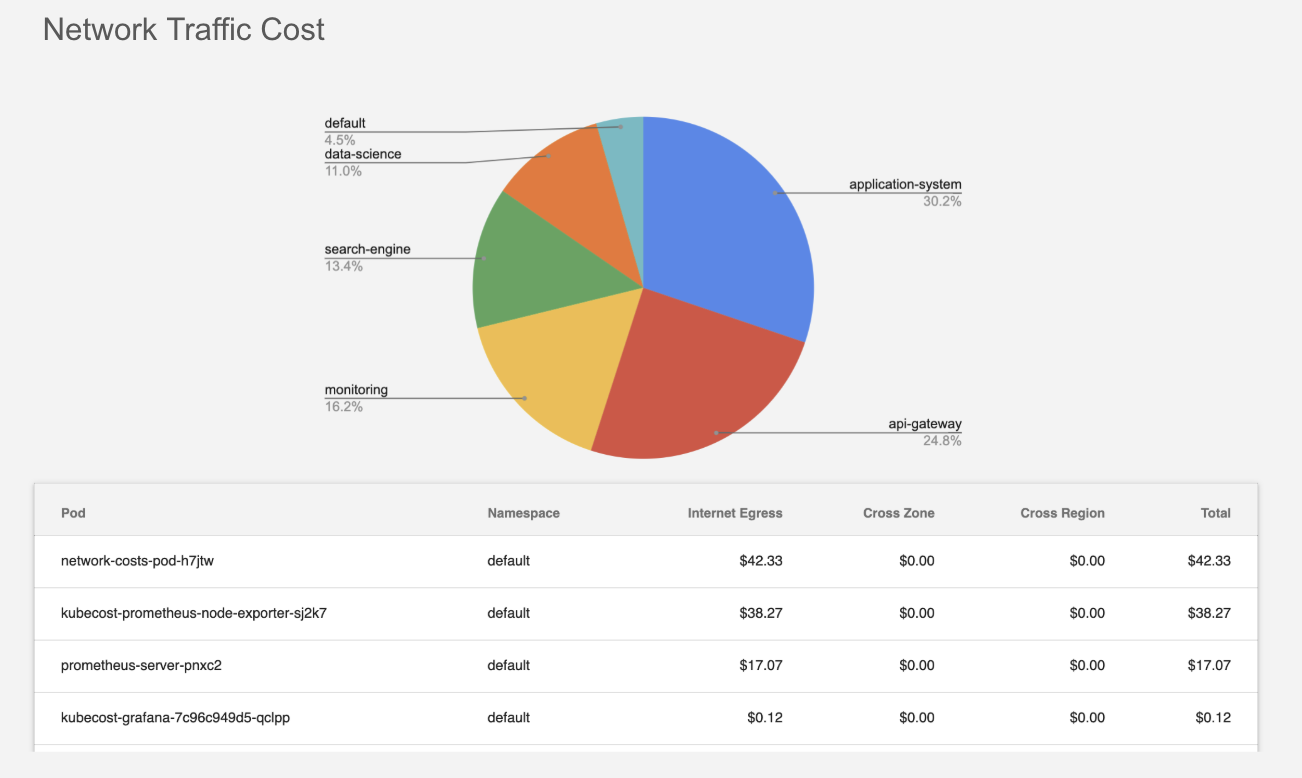 Network traffic and cost visibility is available by Kubernetes namespace, deployment, pod/job, and even IP address. This feature can be turned on in seconds (docs) after completing the installation for the free or paid version of Kubecost. It is available for Kubernetes clusters on AWS, GCP, and Azure.

We hope this tool is useful for you in avoiding major privacy/security issues and cost overruns! Please reach out (team@kubecost.com) if we can help or if you have any questions!

Learn how to deploy Kubecost with a few clicks using Google Cloud Marketplace.

Kubecost’s improved Advanced Reporting feature has moved from Alpha to Beta! This tool will provide a combined view of your workload costs and your external ...

We’ve just released the newest generally available version of Kubecost (1.99.0)! In this blog, I’ll highlight some of the new updates you can find after upd...